Look at our exam results 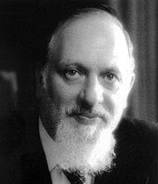 Immanuel Jakobovits, Baron Jakobovits, (8 February 1921– 31 October 1999) was the Chief Rabbi of the United Hebrew Congregations of the Commonwealth from 1967 to 1991.

Born in Königsberg, East Prussia, Germany (now Kaliningrad, Russia) where his father Julius was a community rabbi, the family moved to Berlin in the 1920's where his father became rabbinical judge on a local Beth Din, but fled the country in time to escape Nazi persecutions. In the United Kingdom he completed his higher education, including a period at the Etz Chaim Yeshiva in London, studying under and receiving Semicha from the renowned Rabbis Elya Lopian, Leib Gurwicz and Nachman Shlomo Greenspan. He also studied at Jews' College and the University of London.

He married Amélie Munk of Paris, the daughter of a prominent rabbi, who would support his community work throughout his life. They had six children.

His first position was as Rabbi of the Brondesbury synagogue and in 1949 at the relatively young age of 27, he was appointed Chief Rabbi of the declining Jewish community of Ireland. This was to be a stepping-stone towards a greater Rabbinical career, and in 1958 he assumed the Rabbinate of the Fifth Avenue Synagogue in New York, a position he held until 1966, when he was called to the Chief Rabbinate of the United Hebrew Congregations of the British Commonwealth. He held this position until his retirement in 1991.

He was knighted on 22 July 1981 and was created a life peer in 1988. As Baron Jakobovits of Regent's Park in Greater London, he became the first Rabbi to receive this honour. In 1987 he was given a Lambeth DD by the Archbishop of Canterbury, the first Jew to receive such a degree and in 1991 he received the Templeton Prize for Progress in Religion.

Rabbi Jakobovits was a firm adherent of the ‘German-Jewish’ Torah im Derech Eretz philosophy, having a broad knowledge of religious subjects as well as secular culture and philosophy. This made him a unique spokesperson for Orthodox Judaism, as he was able to transmit ideas to a wide audience that would otherwise not have achieved dissemination.

Rabbi Jakobovits was the most prominent figure in 20th century Jewish medical ethics, a sub discipline in applied ethics that he virtually created, and a pioneer in religious bioethics. His speciality was the interaction between medical ethics and halachah. Thanks to his academic training in Ireland, Rabbi Jakobovits approached his comprehensive volume,Jewish Medical Ethics in light of Roman Catholic medical ethics with which he often compares Jewish ethics.

Whether developing or disputing his analysis, subsequent Jewish bioethicists have utilized his work on abortion, euthanasia, the history of Jewish medical ethics, palliative care, treatment of the sick and professional duties. Likewise, he is credited with popularising the claim that Judaism supports the nearly absolute sanctity of life.

Lord Jakobovits died on the 31 October 1999 and was buried on the Mount of Olives in Jerusalem.

Naming of the School

The school was named 'The Charles Kalms •  Henry Ronson Immanuel College' in recognition of both Lord Immanuel Jakobovits's vision of establishing an independent Jewish day school which would rival the educational provision of long established non-Jewish independent schools and the generosity of the financial assistance given by the Kalms and Ronson families which enabled the College to open in 1990.

Immanuel College now stands in his name as an example of how Jewish boys and girls, given equal access to excellent education, succeed in life through hard work and mutual support to secure positions where they can do good, embody Torah values and play full parts in repairing our world